It looks like Cookies are disabled in your browser. For the best experience, please enable cookies when using our site.
It looks like you are using an unsupported version of Internet Explorer. For the best experience, please update your browser to the latest version.
Find your dream home in
Click for complete coronavirus coverage from realtor.com? News & Insights

Real estate agents have the pleasure (or sometimes misfortune) of working with an array of home buyers—some good, some bad, and some who drive them totally bonkers. Of course,?as is the case with most annoying people, these buyers probably had little self-awareness of the?pain they were inflicting.?And since?it's never wise to get on the wrong side of your?agent—after all, you want this?professional pulling for you 100%—here's a wake-up call on what?rubs real estate agents the wrong way, narrated by four?professionals in the field.?Don't be one of these people!

Joe Manausa, a real estate agent in Tallahassee, FL, remembers working with a buyer whose love life was a roller-coaster ride—one that took her home search on some steep ups and downs as well.?“My client’s boyfriend was gifting her $20,000 cash for the down payment, so that they could buy a home to live in together,” Manausa recalls. They were under contract and set to close the week before Christmas, when he received a call three days before they were due to close that the couple had broken up and that she was moving to Orlando. "I tried to get her to give it a day to cool off," he says, "but she had already contacted the lender to terminate the application and was insistent that we cut things off.”

Lesson:?Make sure your personal affairs are on solid ground before you begin your house hunt. Once you're in contract, backing out could mean you'll forfeit?your earnest money deposit, which could leave you with tens of thousands of dollars down the drain.

There’s nothing wrong about a home buyer being budget-conscious—after all, the goal is to get the best house at the best price—but Newton, MA, real estate agent?Rachel Foy?had some recent clients who took this a little too far. “They wanted to place offers 20% below asking price, even though we explained the market was a seller's market,” says Foy.

The couple found a home they loved but insisted on making an offer that was a whopping $150,000 below the asking price.?When the seller accepted another offer, “They cried that they could pay full price, even cash,” but it was too late—and they didn't get the home.

Lesson:?Consider the potential consequences of making a lowball offer on a house that you love, because you could wind up losing?out on your dream home. When in doubt, ask your agent for advice, since he or she will know which gambles are likely to pay off, and those that are just not worth risking.

Julie McDonough, a real estate agent in Southern California, says the toughest home buyers she's worked with had a very specific list of criteria. They wanted a home large enough to raise children in and to accommodate their in-laws. That meant a house with a minimum of four bedrooms, two bathrooms, and a two-car garage, and that was close to shopping, schools, and public transportation. On top of that, they had a series of other requirements: no stairs, no pool, not a lot of extra land to deal with, and a house that hadn't been occupied by any pets.

After showing the family an exhausting number of?homes that met these?criteria, the buyers pulled a 180: “They found a two-story, three-bedroom and one-bathroom home with a carport that sat on a large lot with a pool, pretty far from the nearest shopping center or school," says McDonough. In other words, they purchased the opposite of what they initially?said they wanted!

Lesson: Before you begin looking at homes with your agent, make sure you know what you’re actually looking for, so that you don’t waste the agent's?time. This checklist for first-time home buyers gives you step-by-step instructions on how to get started.

“I knew something was off when the client walked into my office. Maybe it was when he asked me to take the battery out of my cellphone before we could talk," says New York real estate agent Fred Davidson. "This client was the conspiracy theorist you see in the movies," he recalls. He laid down several restrictions for the property he was looking for: Nothing within 400 yards of a cellphone tower or on city water, but it needed to have a cedar tree line around the property. "Suffice it to say," Davidson says, "these were difficult conditions to fulfill."

Despite his misgivings, Davidson accepted the client, who?had recently received an?inheritance and said he wanted to buy a property?"because that’s the only thing he’d have after ‘the collapse.’” (Davidson felt it wiser to?not inquire any further on what "collapse" his client?was talking about). The man?ultimately bought a $400,000 home, but it took some work.?“Visits with him?were interesting," Davidson recalls. "When I’d drive him around town, I could?not use my cellphone or GPS.?I guess the upside is I learned how to use a map!”

Lesson:?We all have our quirks and it's fine (politely and apologetically) to request that an agent work within your comfort zone. But just make sure to lay out all your cards up front—that way, agents can decide for themselves whether it's worth their time and effort. 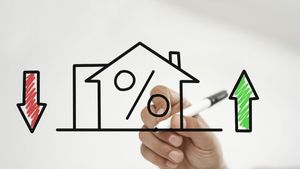 Home Improvement
10 Things Every Gardener Needs Right Now: Do You Have Them All? 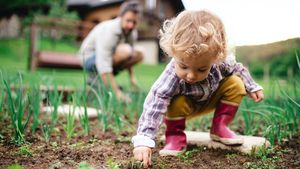 Celebrity Real Estate
Former Digs of the Dolan Twins! Encino Home Once Rented by YouTube Stars Is Listed for $2.5M 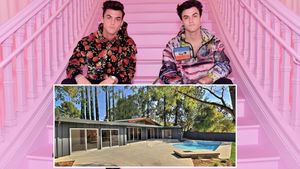 Trends
The Coronavirus, Real Estate, and You: Everything You Need To Know Now

Popular Homes Based on your last search

Your message is on its way.